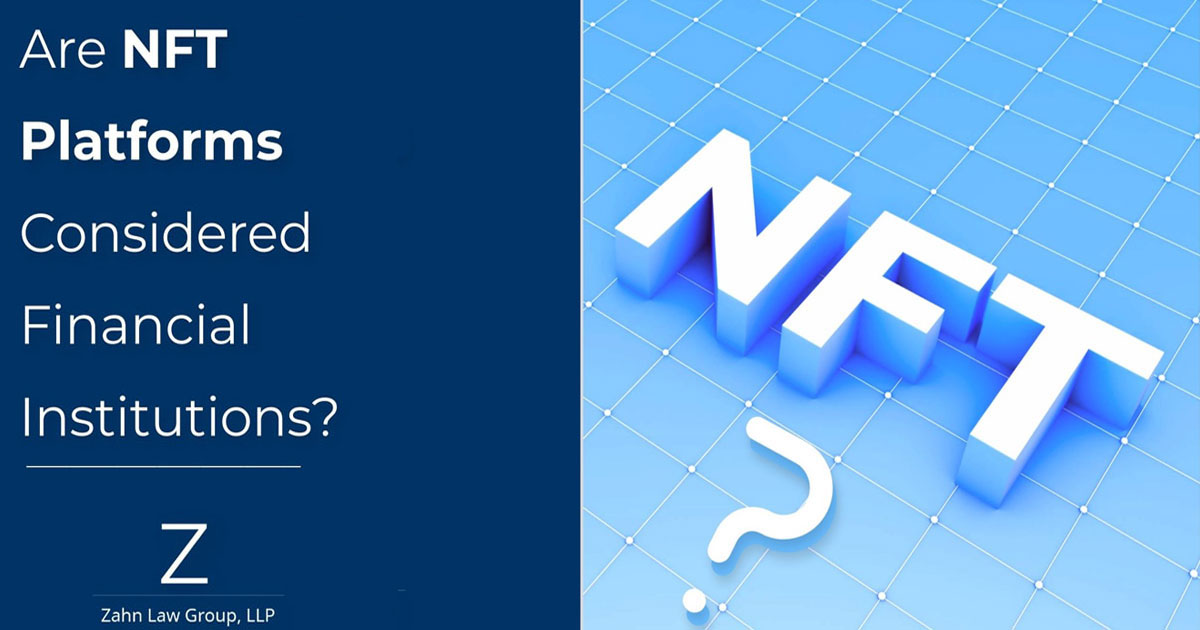 Can An NFT Platform Be Considered A Financial Institution Under The Anti-Money Laundering Act Of 2020?

On January 1, 2021, Congress passed the Anti-Money Laundering Act of 2020 ("AML") as part of the National Defense Authorization program. The AML has expanded the definition of "financial institution" under the Bank Secrecy Act ("BSA"). The term "financial institution" now includes "dealers in art" and companies that engage in transmitting virtual currencies. Art dealers have traditionally been a target for money laundering, and the AML now aims to clean this up. As such, a platform or an entity that facilitates the trading of non-fungible tokens ("NFTs") and/or movement of virtual currency from one party to another may be subject to federal and state money transmitter licensing requirements as well as federal law enforcement jurisdiction.

According to the Financial Crimes Enforcement Network ("FinCEN"), as a money transmitter, Peer to Peer ("P2P") exchanges are required to comply with the BSA obligations that apply to money transmitters, including registering with FinCEN as a money service business and complying with AML program, recordkeeping and reporting requirements (including filing Suspicious Activity and Currency Transaction Reports). Financial institutions found in violation of a BSA may be subject to criminal fines, five years imprisonment, or both. If a financial institution or individual commits a BSA violation in conjunction with violating other U.S. laws (e.g., unregistered sale of securities), that institution or individual may be subject to a fine of up to $500,000, ten years in prison, or both. In some cases, NFTs can be deemed securities subject to the U.S. Securities and Exchange Laws and Regulations.

For example, a recent complaint filed by the Southern District of New York and the FBI resulted in the indictment of Arthur Hayes and several of his colleagues at BitMEX, who each allegedly violated the BSA by failing to establish, implement, and maintain an adequate AML program. The defendants operated an offshore crypto exchange that allegedly operated in the shadows of the financial markets, evading AML and KYC (Know Your Customer) requirements. The investigation resulted in an indictment under which the defendants could be sentenced to up to five years in federal prison.

Another component of the AML is the Corporate Transparency Act ("CTA"), which subjects "reporting companies" to the disclosure of information about "beneficial owners", defined as people who are directly or indirectly exercising substantial control over the entity, as well as any "applicant" who wishes to benefit from the company's investments. While many entities are exempt from such filings under the CTA, virtual currency traders and NFT platforms are not specifically mentioned, leading one to believe they could be included among the financial institutions facing additional regulation under the AML.

As noted above, it is important to keep in mind that each U.S. State has its own money transmitter law, which may now be triggered if this expanded definition of a "financial institution" is incorporated into a U.S. State's money transmitter statutes.

Also, from a tax perspective, there are many rules and regulations that specifically apply to financial institutions, which do not apply to other types of companies. For example, just one that comes to mind is what is known in tax parlance as the Portfolio Debt Exemption. This favorable provision allows certain non-U.S. borrowers to earn interest income on specified "Registered Form" loans made to U.S. companies without withholding tax, which is a flat 30% tax, unless a lower tax treaty rate applies. However, this benefit generally is not available to a non-U.S. bank loaning to a U.S. entity.

Many gray areas remain for Decentralized Financial Services ("DeFi"), cryptocurrency, and NFT art. For these reasons, NFT/DeFi market participants should be vigilant and carefully map liabilities that may arise as the result of the AML and National Defense Authorization Act of 2021. The seriousness of this new legislation cannot be overemphasized.