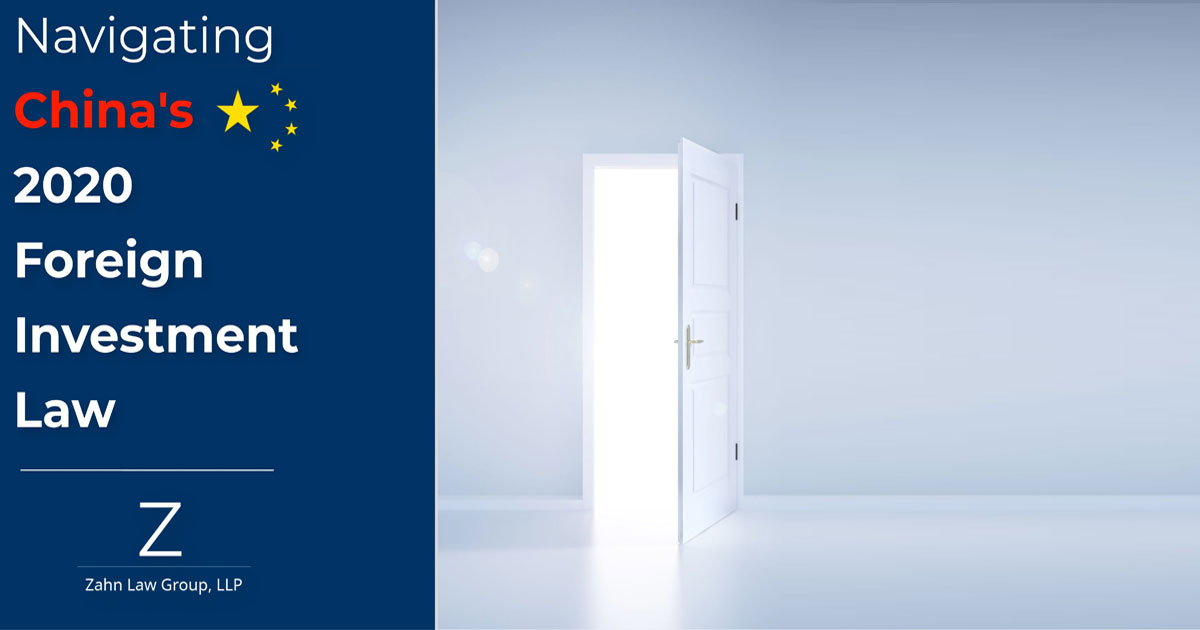 On January 1, 2020, China made a bold move forward by opening its economy to foreign investors with the launching of its then new Foreign Investment Law of the People's Republic of China ("FIL"). Throughout the COVID-19 pandemic, new businesses took advantage of the flexibility the FIL afforded companies, and there was little to no focus on FIL changes by existing foreign operated companies. The FIL replaced key laws in existence since the 1980s for joint ventures and wholly foreign-owned enterprises. The groundbreaking legislative now offers foreign investors greater business opportunities in China and meets China's goal of creating a business platform on par with the global economy. The government's goal is clear: all investments in China-domestic and foreign-are to be treated equally.

The 1980s rules mainly focused on the "nuts and bolts" for company setup-registration and organization-and not on specific investment areas and investor protection. Through the FIL, foreign investors are now entitled to equal access regarding specific investments, such as to land, tax exemptions, government funds, bidding projects, public comment about laws, preferential policy entitlements in certain regions and industries, and other critical rights foreign investors were not previously afforded. Greater protection for foreign investors is provided by prohibiting government officials from forcing them or their foreign PRC entities to transfer their technology and the opportunity to settle intellectual property disputes, allowing for business to be conducted on an equal playing field.

The FIL also allows for greater flexibility to foreign investors when setting up a China operation by removing significant mandatory provisions from the articles of association (the company's governing rules). For a company currently operating in China, related regulations have been adopted allowing a five-year transition period for existing foreign-invested enterprises (by December 31, 2024) to revise the current company rules for consistency with the FIL. A few key changes are:

Many important concepts mentioned in the new law are still surrounded by uncertainty and thus, require clarification. For example, the definition of the term "indirect investment" does not have a concise meaning, and the use and function of a foreign investment information reporting system and foreign investment security review system is created with broad verbiage. There is also concern with the language prohibiting government officials from forcing technology transfers. Although having the black letter law is promising, enforcement of the law remains unclear, and while specific rules and processes are expected to be introduced to clarify these issues and fill in the gaps, they do not exist to date.

Related Laws: The FIL continues to rely on a "Catalogue of Industries", with the 2019 version identifying 1,108 industries in which the PRC government is promoting investment. A significant focus remains encouraging investing in Central and Western China, as the government has over the past decade. The FIL also continues to rely on a "Negative List", with the Negative List 2020 predominantly including business areas where foreign investments are prohibited or restricted in China. The Negative List 2020 has reduced restrictive measures from 93 areas to 33 areas, providing access to investments in finance, automobile, agriculture, technology, and other industries.

Recommendations for Foreign Investors Before Filing Registration Documents & Launching or Engaging in Negotiations
Attorney Advertising. The information presented is not legal advice, is not to be acted on as such, may not be current and is subject to change without notice. You should not act upon any such information without first seeking qualified professional counsel on your specific matter.